BE IN THE KNOW ON

Expert insights. Personalized for you.

We organize all of the trending information in your field so you don't have to.
Join users and stay up to date on the latest articles your peers are reading.

Get the good stuff

You know about us, now we want to get to know you!

We've sent an email to . Please verify that you have received the email.

We have resent the email to

Let's get even more personalized

Are you sure you want to cancel your subscriptions?

Get the good stuff

You know about us, now we want to get to know you!

Let's get even more personalized

This site uses cookies to improve your experience. By viewing our content, you are accepting the use of cookies. To help us insure we adhere to various privacy regulations, please select your country/region of residence. If you do not select a country we will assume you are from the United States. View our privacy policy and terms of use.

Voting has closed. The 2022 MVP Award winners will be announced shortly!

Restaurateur Connection brings together the best content from hundreds of industry thought-leaders. These awards will recognize the Most Valuable Posts as judged by our readers, award committee, and our machine intelligence and social media. We will recognize the posts that provide the highest value to industry professionals - useful and actionable information, that is tactical or strategic in nature, providing either long-term or short-term value.

Awards will be given for articles covering the following categories:

Every day, our articles are read by an audience of over 84,000 people on our site and newsletter. We use our machine intelligence and social media, bolstered by our editorial team, to curate this content.

But 2022 is coming to an end and we want to know: of all of our articles, which are the best of the best? Our machine intelligence, social media, and editors can get us close. But we want that extra special touch that comes from beloved reader feedback.

You can represent these 84,000 readers. Cast your vote and let us know what you like to see!

We're judging posts that we see to provide the highest value to industry professionals. Does your article include useful and actionable information? Is it tactical or strategic? Does it provide short- or long-term value? Those are the types of questions our judges will be asking themselves.

To nominate an article, please fill out the Typeform above. Articles must have been published between October 18th, 2021 and October 12th, 2022 to be eligible.

Nominations are open until October 12th. After that, our panel of judges will review the nominations and narrow them down to a list of finalists for each category.

Meet our expert panel of judges! 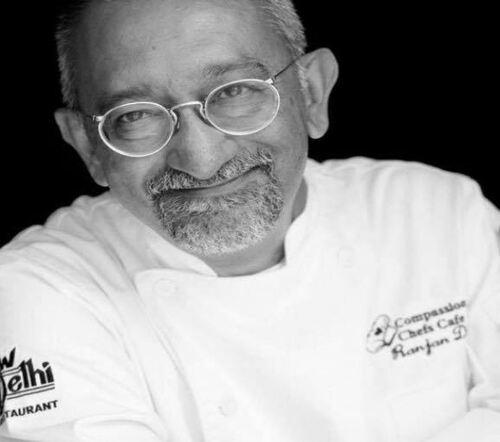 When Chef Ranjan was still in high school and only 14-years old, he became a vegetable cutter at Calcutta’s Park Hotel, thus launching a still-continuing career in the food industry. After finishing high school, Ranjan graduated from the Institute of Catering Technology, Hotel Management and Applied Nutrition. Yet, all this while, he continued to work part-time at different hotels. After graduating, Ranjan joined the Grand and Great Eastern Hotels in Calcutta before moving to India’s capital city of New Delhi to work at the Akbar and Janpath hotels. Ranjan then spent two years as a senior Chef in the kitchens of the Maurya Sheraton Hotel in New Delhi, before moving to Hong Kong. Arriving in Hong Kong in 1979, Ranjan was recruited to run Gaylord Restaurants worldwide from its headquarters in the Pearl of the Orient. Eventually, Ranjan parted with Gaylord and launched New Delhi Restaurant in the city of Hong Kong. This popular restaurant soon grew into a chain of five individual restaurants. Hong Kong is also where Ranjan met California girl, Kodi Gamble. They were married soon after. With the birth of their first child, Sarah, they moved to San Francisco, and brought the restaurant with them. Today, Ranjan Dey is the star of the documentary series "My India With Ranjan Dey”, where he takes viewers on a cultural and culinary travel adventure through India. He is the creator of New World Spices, a special blend of six different spices inspired by the favorite dishes of three kings and three queens from six different regions of ancient India. And Ranjan’s other delicious creation, New Delhi Restaurant has been consistently voted the best Indian Restaurant in the Bay Area over the last 33 years. Yet, Ranjan’s heart belongs to the kids of Compassionate Chefs Cafe, a charity that helps three hundred children in San Francisco’s Tenderloin, and in the Gandhi Ashram in Ahmedabad, India, become global citizens like you and me. At New Delhi Restaurant, Chef Ranjan has been serving delicious Indian meals with his own unique style of hospitality since 1988. Under his stewardship, New Delhi Restaurant is privileged to have operated from the same location in downtown San Francisco - with many of the same guests - since 1988. During this time, Ranjan has been visited by President Bill Clinton, President Obama’s family, Chef Martin Yan, the late Julia Child, Anthony Hopkins, Deepak Chopra, Bollywood star Priyanka Chopra, and countless others. 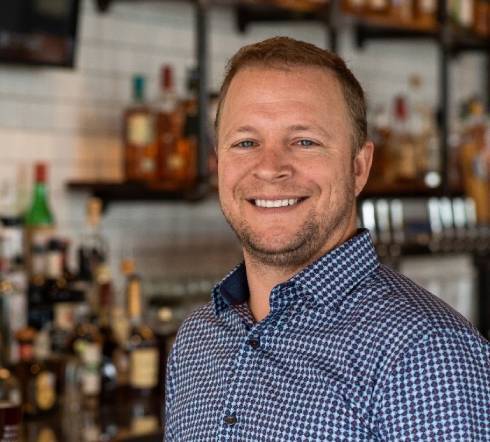 A career restaurateur, Harlan moved to Austin in 2010 at the beginning of Austin’s explosive food scene. As director of operations, he opened and managed five unique concepts with over 150 employees. In 2016, he founded Harlan Scott Hospitality, a full-service restaurant and bar consultancy that has since worked with over 40 clients, many well-known bars and restaurant groups in central Texas and beyond, helping open new concepts, creating beverage programs, building operations and training systems, and advising on marketing, technology and vendor relationships. In 2018 Harlan founded Industry in San Marcos, Texas, a beer garden style, counter-service hybrid, all-day restaurant focusing on healthy and everyday cuisine with native Texan influence that shines equally with its expansive bar. In October of this year, they opened a second location in the heart of East Austin. The concept is a subtle homage to life in the service Industry where they champion 40-hour work weeks, fair wages, comprehensive benefits and mental healthcare, and even tip share for the kitchen. He and his business partner have just restored a 40-year-old iconic pizzeria and bar, Valentino’s, down the street from Industry in San Marcos that opened to media acclaim and local buzz as some of the best New York style pizza in Texas.